Into the mask game: Ex-Dallas Cowboys cheerleader repurposes her business to help the front lines Terra Saunders, former Dallas Cowboys cheerleader and creative director of Dallaswear, and her husband, Paul, the company's chief executive, quickly pivoted from making uniforms for waitresses and professional cheerleaders to making protective equipment for health care workers and others on the front lines of the pandemic.(Jeffrey McWhorter / Special Contributor)

Terra Saunders wore a Dallas Cowboys cheerleaders uniform and then conquered the business of making sexy, skin-revealing uniforms for cheerleaders and waitresses. Now she has temporarily repurposed her Dallas businesses, Dallaswear and Waitressville, to manufacture thousands of face masks and disposable gowns for front-line workers in health care, transportation and public safety.

“I loved uniforms ever since I was a little kid,” says Saunders, who even has “UNIFORM” on her license plate. “I wanted to be special. I wanted to be a cheerleader, and now there’s nothing I love more than making uniforms.”

Saunders says she worked for as little as $15 a game as a Cowboys cheerleader from 1995 to 2000. “It was definitely not the most financially joyous time of my life,” she says. “But it was fun, and it helped me become who I am today. I didn’t finish college. I went to the school of hustle-and-make-it-happen 101. I was able to pivot my businesses because I don’t follow the rules, because I don’t know the rules. I just know how to get stuff done.” 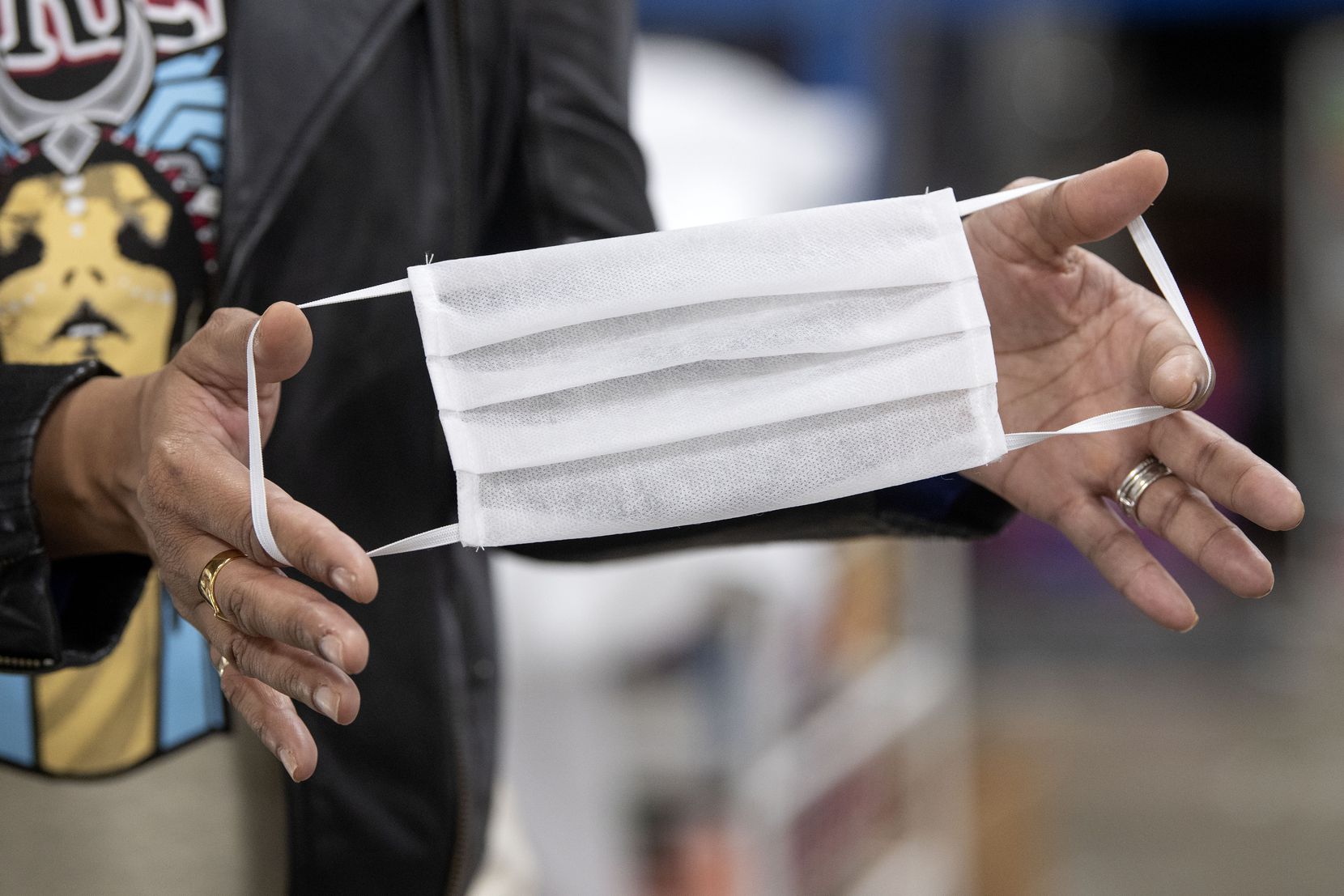 “We were getting stuff ready for the NBA playoffs, and it went boom! Gone,” Saunders says. “I thought we’d be fine because the other half of our company does restaurants, and then the restaurants closed."

The night she laid off her staff, Saunders watched the news and saw reports of nurses and doctors making face masks and gowns out of whatever materials they had on hand. She immediately saw the opportunity to help her community during the crisis and put her employees back to work.

After spending a single day redesigning her website, dallaswearuniforms.com, and developing a temporary business plan, Saunders was able to bring back the majority of her 20 employees on March 25.

She says her company is working 12-hour shifts to make thousands of masks daily. “We are killing it,” she says, noting that she received orders for 100,000 items in just eight days. By week’s end, that figure was up to 120,000.

“We’re just like the grocery store or the gas station right now,” Saunders adds. “These are things we need. Someone’s got to make these masks.”

Saunders’ company is manufacturing personal protective equipment for Baylor Scott & White Health, UT Southwestern Medical Center and the Carrollton Fire Department, and she says she is in talks with airlines. She is also making masks for restaurant employees.